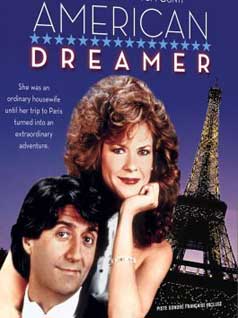 Last week we talked about the idea that so many of the movies we’d seen had good structure and good comedy but failed with the romance which brought the whole movie down, and we wondered what would happen if we found a movie with a strong romance and a flawed structure. And now we have in American Dreamer and we know that the romance will carry the movie even if the plot is a mess because we’re so emotionally involved with the characters. And Lucy, who was a virgin to this movie, says that she’ll absolutely watch it again for the great romance (Tom Conti squee from both of us here) even though she still doesn’t know what the hell was going on with the mystery plot. I know what was going on with the mystery plot because I’ve seen the movie a million times, and it’s still an awful plot. I don’t care. I love this movie. Lesson learned: Nail the romance and you can get away with murder. Get the podcast: Listen here at PopD | Go to iTunes