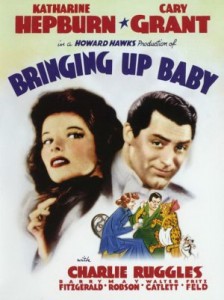 Lucy says: 4 Pops ~ I have always loved this movie, and I always will. But I could not wrench it into the box of true romantic comedy, because really… not romantic. Funny as hell, yeah. Great chemistry, absolutely. Charm your socks off, you bet. But romantic? Not so much.

Jenny says: 4 Pops ~ This is beautifully structured, beautifully paced farce. Truly a great movie. Not a great romantic comedy because they failed to build the romance. Yes, farce is not an easy place to make a romance work, but they didn’t even try. Great comedy. Lousy rom com. Jenny’s rating breakdown: Romance: 1, Comedy: 5, Structure: 5