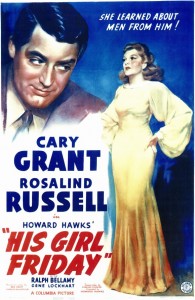 Lucy says: 5 Pops ~ I think this movie proves that solid romantic comedies have to be, at their core, about heart. Where the characters’ passions lie, what matters to them more than anything else, what they love, and how well they get each other. A story that can make you laugh while making you feel something real is the gold standard for romcoms; this hits the bullseye perfectly. Lucy’s rating breakdown: Structure: 5, Comedy: 5, Romance: 5

Jenny says: 5 pops ~ I liked this movie even more after we analyzed it–and I loved it before we analyzed it. Such a great film on so many levels. Jenny’s rating breakdown: Structure: 5, Comedy: 5, Romance: 5