We’re announcing the first series of the new year: Hitmen in Love: 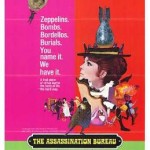 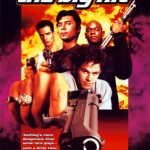 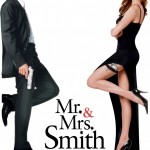 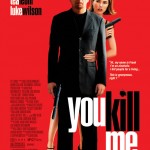 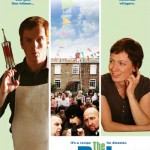 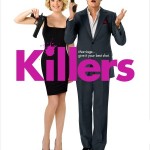 The Assassination Bureau: April, 1969, available on DVD from Netflix; on sale used in DVD and VHS on Amazon; otherwise probably hard to find.

The Big Hit: April 24, 1998; available on DVD and Blu-Ray from Netflix; for sale and video-on-demand at Amazon..

Mr and Mrs. Smith: June 10, 2005; available on DVD and BluRay from Netflix; for sale and video-on-demand at Amazon.

You Kill Me: July 6, 2007; available on DVD and streaming from Netflix; for sale at Amazon..

The Baker/Assassin in Love: May 26, 2008; available on DVD and streaming from Netflix; for sale and video-on-demand at Amazon.

Killers: June 4, 2010; available on DVD and BluRay from Netflix; for sale and video-on-demand at Amazon.

And so you know how we arrived at the list, here’s the annotated list I sent Lani.  She agreed.

I still can’t find my copy of this–it’s not upstairs so it must be down here somewhere–and I’d like to see it first to make sure it holds up, but it’s older and I think it might be a good place to start, in a kinder, gentler, less snarky time.

The female romantic interest is the one who wants to be a hitman, so that’s a nice switch, but it’s really about the guy trying to survive, so I’m not sure it’s really a Hitman in Love movie.  I’d vote no because of that.

Several people have mentioned it several times, it’s kind of obscure which is nice, and I remember it as working pretty well.  I like doing movies most people haven’t seen.

I’m watching this tonight, but again, it’s obscure, so if it’s any good, we can get some good feedback on it.  Also Damian Lewis, who is my Robert Downey Jr.

I’d never even heard of this one, but it’s got a great cast.

I think this one almost has to go on there because people are so divided about it; they either love it or hate it.  And my antipathy for it may stem from being Team Aniston.

This got terrible reviews, but it’s probably the most romcom of all the movies on here.

I’m dying to see this but it’s not scheduled to be on DVD any time soon.  So I’d probably put an asterisk by it and say we’ll do it as a one-off if it shows up.

I’m not sure this is a hitman romcom, but I want to see it and it’s out on DVD at the end of January.   I think Bruce Willis has the romance, and Mirren is the hitwoman but not the romantic lead.  We’ll watch it anyway, but I think we do it as a one-off and not as a Hitman in Love movie.

And of course, we’ll be referencing the Grail of Hitman in Love movies, Grosse Pointe Blank, throughout.

I like doing quirky series that focus on a single trope.  Much more fun.

3 responses to “Hitmen in Love Series”