Ep. 42: The Baker aka Assassin in Love 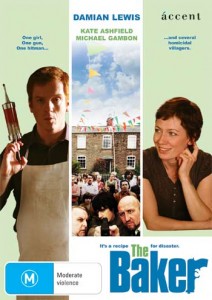 Lucy says: 1.25 Pops ~A charming setting and a solid premise are taken down by hubris and inexperienced storytelling. Damn shame.

Story: A hit man has second thoughts about his career and seeks refuge from his boss by finding work as a baker in a rural Welsh village. Release Date: May 28, 2008.  Writer: Gareth Lewis (also directed).