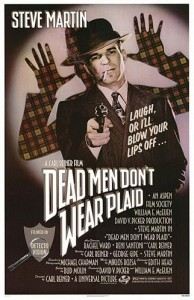 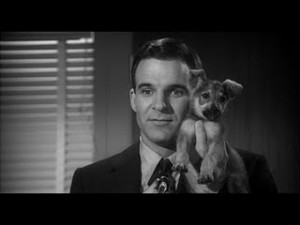 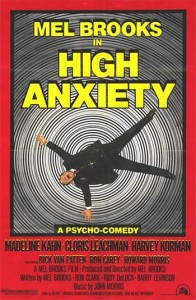 Story: Dr. Richard H. Thorndyke, arrives as new administrator of The Psycho-Neurotic Institute for the Very, Very Nervous and then things happen that make him very, very nervous. 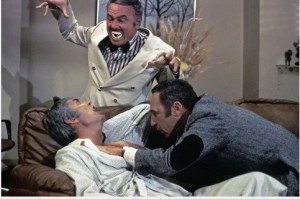 Source:
Every Hitchcock movie ever made.

Mystery Analysis:
None of this stuff.  Not a mystery, just a string of Hitchcock jokes.

Here’s the thing about mixing mystery and comedy: you’re trying to mesh a serious threat to humanity, real tragedy, with laughter.  It can certainly be done, but usually you have to sacrifice either the light-hearted part of comedy (see Kiss, Kiss, Bang, Bang) or the tragic part of murder (see Trenchcoat), and either choice kneecaps that part of the genre.  So while we’ll be sticking to our six main points, we’re also going to be looking at the choices the writers made as to what to sacrifice.  Mel Brooks let go of tragedy without a backward glance in High Anxiety (the next two aren’t really deep either, but then they didn’t want to be), but there’s some stuff going on in the last two movies that will hold up under a closer look.  Mostly we’ll be looking at how these movies did or did not make death a laughing matter in order to steal what works for our own books.  Just kidding.  Kinda.

Our schedule for posting podcasts:
(Ignore what we said in the podcast about doing Hot Fuzz first; this is the schedule.)

April 22: 1998 THE BIG LEBOWSKI (streaming on Amazon and Netflix) 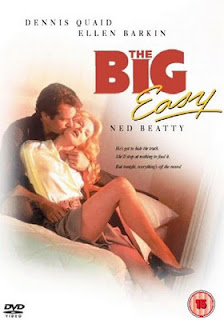 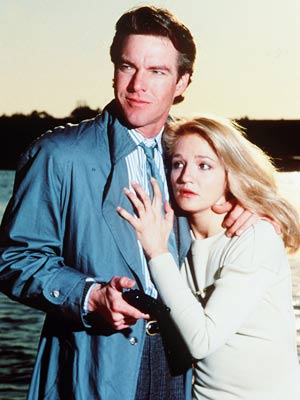 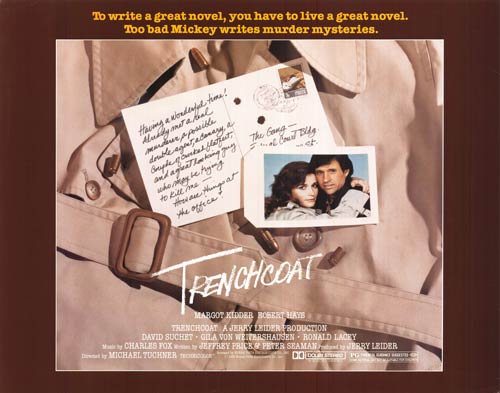 Story: A mystery writer goes to Malta to experience danger, and finds it. 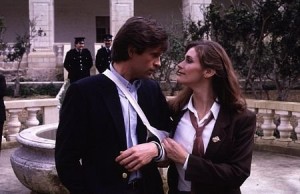 Mystery Analysis:
Detective as protagonist?
Jenny: Yes, it starts with her voiceover and she pretty much owns the movie all the way through.  Almost all the scenes are in her POV.
Lani: Yes; she sees herself as a detective, and even though she’s smart enough to turn to the police when things go wrong, when they refuse to help, she steps in and figures it out on her own.

Murderer as antagonist?
Jenny: Yes.  The first body pops up early, so you know they’re on the job.
Lani: Yes, and physically present from very early in.

Conflict created by murder?
Jenny: Yes.  Micky really doesn’t have much choice since she’s suspected of the crime.  I love her answer to Terry’s “What made you decide to play detective” question: “I got tired of being the victim.”
Lani: Yes, and Micky’s desire to figure out who the bad guy is.

Fair play with all the clues given?
Jenny: Yes.
Lani: Yes, with nice surprises all the way through.

Solved using deduction, not luck?
Jenny: Yes.  It’s something Micky needs to do to feel important, I think.  The look on her face when Terry tells she did a good job figuring things out is wonderful.
Lani: Well, if you don’t consider them being tied up by the bad Irish couple “luck,” since they didn’t realize they were the bad guys until then.