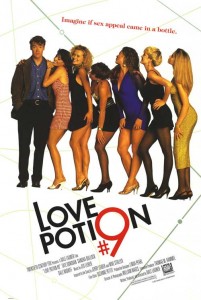 A classic B movie romcom gets the treatment as Lucy and Jenny try to decide why it is that they can forgive a hero for magically taking advantage of 20 sorority girls. Turns out… it’s just magic. Get the podcast: Listen here at PopD | Go to iTunes