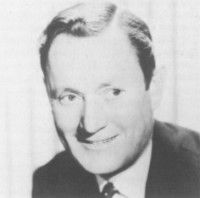 Roscoe Karns (aka Shapeley in It Happened One Night and McCue in His Girl Friday) made 150 movies between 1915 and 1964. Tragically, none of the rest are on our list.

Bio:
Educated at California’s Harvard Military academy and USC, Roscoe Karns was acting from age 15 with Marjorie Rambeau’s stock company. By 1922, he was playing leads at LA’s Morosco theatre, which led to film work at the Christie comedy studios. He showed up in several silent features, including the historic part-talkie The Jazz Singer (1927) and the very first Academy Award winner, Wings (1927). In the early talkie era, Karns returned to the stage, then made a movie comeback playing fast-lipped reporters and press agents, most often at Columbia studios. He was awarded strong supporting roles in such Columbias as It Happened One Night (1934) (“Shapely’s my name, and shapely’s the way I like ’em”), 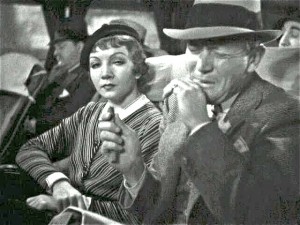 Twentieth Century (1934) (working with his idol, John Barrymore) and His Girl Friday (1939); he also starred in a brace of Columbia 2-reelers, Black Eyes and Blues and Half Shot at Sunrise (both 1941). His film assignments dwindling in the late 1940s, Karns wrote a letter to the DuMont TV network, asking if they had any work handy. The result was a five-year starring stint on Rocky King, Detective, one of the most popular weekly series of the early 1950s. Karns’ last TV assignment was the role of the crusty Admiral Walter Shafer on the Jackie Cooper sitcom Hennessey (1959-62). Roscoe Karns was the father of actor/recording executive Todd Karns, who starred in TV’s first filmed comedy series, Jackson and Jill (1949). ~ Hal Erickson, All Movie Guide