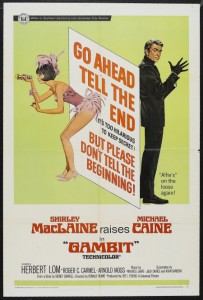 Jenny, Lucy and Alastair talk about wasted potential, a weak protagonist, structural audacity, loving Shirley MacLain and how much they’re looking forward to the remake.

Lucy says: 2.5 Pops ~ A charming movie with tremendous potential, but which doesn’t quite live up to it. Funny, cute, and fun enough – I’d watch it again – but I’m really looking forward to the remake.
Lucy’s rating breakdown: Craft: 3, Comedy: 3, Suspense: 2, Romance: 1

Jenny says: 2.5 Pops ~ This is one of those movies that really should be remade. Huge potential, terrific cast, awful pacing and a romance that’s just not there on the screen.
Jenny’s rating breakdown: Craft: 3, Comedy: 3, Suspense: 2, Romance: 1

Alastair says: 3 Pops ~ I give the movie credit for trying something audacious, but the writers weren’t up to the task. Let’s all hope that Cameron Diaz raises her game for the remake, and we get the movie this has the potential to be.
Alastair’s rating breakdown: Craft: 3, Comedy: 4, Suspense: 2, Romance: 1

Story: Harry the Thief hires beautiful Nicole to help con his mark, telling her to just keep her mouth shut and let him do the talking. Like that’s going to happen. Release Date: January 7, 1967 Writers: Jack Davies and Alan Sargent

Breaking News: The Coen Brothers have written a remake of this with Colin Firth, Cameron Diaz, and Alan Rickman. Unfortunately, they’re not directing.